To share your memory on the wall of Clotilde Dear, sign in using one of the following options:

Provide comfort for the family of Clotilde Dear with a meaningful gesture of sympathy.

She attended Paynes Bay school for girls and sewed and sold clothing on Broad Street, St. Michael. She immigrated to the United States in 1970 and worked in the dietary department at Children’s Hospital and Deaconess Hospital for over 20 years. Clotilde grew up in a Christian household and attended Saint John the Baptist Church in Holders Hill, Barbados and later was a member of All Saints Church in Dorchester where she participated in the prayer group. After relocating to the US she became a part of a close knit community of West Indians where she fit right in; she was known for planning memorable trips and hosted many parties at her home.

Clotilde was outgoing and had a larger than life personality; she loved to dance and was as fashionable as they come. She had a great sense of humor and could often be found telling jokes and putting a smile on someone’s face. She lived her life to the fullest and loved to travel to her home in sunny Barbados where she spent months at a time taking care of her aging mother.

We encourage you to share your most beloved memories of Clotilde here, so that the family and other loved ones can always see it. You can upload cherished photographs, or share your favorite stories, and can even comment on those shared by others.

Posted Jan 18, 2019 at 06:27pm
May the family of Clotilde Odessa Dear please accept my sincere condolences hoping you find peace and comfort in God's Words at Acts 24:15 and Psalm 37:29.
Comment Share
Share via:
DL

Please accept my sincere condolences. Death is never an easy thing to deal with. I have to reflect on Jesus response when he learned that Lazarus his friend had died. At John 11:33,35
We read that Jesus was troubled and that he wept. Some say we must be strong, but can you think of anyone stronger than Jesus? Just think, Jesus has the power to resurrect and he wept over this death. In the very near future Jesus will excercise this same power to resurrect our dear loved ones. John 5:28,29.

May you find comfort in the hope of the resurrection.

Please accept my sincere condolences. Death is never an easy thing to deal with. I have to reflect on Jesus response when he learned that Lazarus his friend had died. At John 11:33,35
We read that Jesus was troubled and that he wept. Some say we must be strong, but can you think of anyone stronger than Jesus? Just think, Jesus has the power to resurrect and he wept over this death. In the very near future Jesus will excercise this same power to resurrect our dear loved ones. John 5:28,29.

May you find comfort in the hope of the resurrection.

Posted Jan 11, 2019 at 10:01am
Ms. Clotilde.. fly high sweet lady! Rest peacefully with no more suffering. To Anthony, Hugh, and to all of Ms.Clotilde's family. I send you my sincere condolences. Sorry for your loss.
Keisha B.
Comment Share
Share via:

Posted Jan 09, 2019 at 10:34am
The passing of a dear loved one is a difficult experience for family members. Sorry for your loss. It is through the privilege of prayer that a bereaved family can experience God's love and comfort in the most intimate way. May the family find comfort through prayerful reliance on Jehovah, the God and Father of our Lord Jesus Christ. He is the hearer of prayer and the God of all comfort, who comforts us in all our trials. 2 Corinthians 1:3, 4; Psalms 65:2.
Comment Share
Share via: 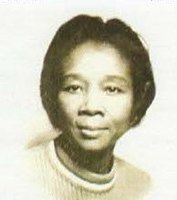