To share your memory on the wall of William Lindsay, sign in using one of the following options:

Provide comfort for the family of William Lindsay with a meaningful gesture of sympathy.

Print
Williiam J. Lindsay was born on the island of Montserrat, West Indies on January 31, 1912, the second of six children to the late Samuel and Mary (Sweeney) Lindsay.

He departed this life on January 31, 2019 in Boston Massachusetts after... Read More
Williiam J. Lindsay was born on the island of Montserrat, West Indies on January 31, 1912, the second of six children to the late Samuel and Mary (Sweeney) Lindsay.

He departed this life on January 31, 2019 in Boston Massachusetts after a long illness.

William attended the Cavalla Hill Methodist School in Cavalla Hill, Montserrat. Upon completing his studies, he married the love of his life Margaret A Allen of Underwood, Montserrat on April 29, 1936 and remained married to her for 65 years until her death. That loving and faithful union produced five children.

While in Montserrat, William was trained as a mason and this skill served him well in supporting his family. However, realizng the seasonal nature of masonary, he culitvated an interest in farming and supplemented his living as a mason by raising agricultural products and farm animals. His success as a farmer enabled him to become a supplier to the local market, butchers and occasionally for export.

He migrated to and was employed in Port of Spain, Trinidad; San Nicholas, Aruba; London, England and Boston, Massachusetts. While in Aruba, he was employed at various endeavors and fathered the last two of their five children there before returning to Montserrat. William was affectionately known as Papa to his children, Uncle Will to his nieces and nephews, and Grandpa to his grandchildren and greatgranchildren.

In September, 1965, he joined his two older sons and daughter in Boston, Massachusetts whereupon he petitioned the Immigration and Natrulization Service for his wife and sons Herman and Lenny to join him. While living in Boston, he was employed at the Massachusetts Institute of Technology where he remained until his retirement in 1981.

William was a spiritual man who was an active member of the Greenwood Memorial Methodist Church community. He was its oldest member until his passing and was privileged to serve with distinction in various capacites until he was no longer able to do so. Among the capacities in which he served were: The United Methodist Men; Greenwood Housekeeping & Grounds; and The Greenwood Trustee Board;

William was preceeded in death by his wife, Margaret and grandson William (Billy). He leaves to mourn his passing, one daughter Mavis Bennett of Middleton, an (honorary) daughter Alberta Daniels of Arlington, four sons, Edward R. of Boston, Irod J. of Quincy and Herman L. and Leonard C. of Milton, son-in-law Anthony Bennett, daughters-in-law, Elizabeth and Marie, grandchildren, Renee, Tammara, Keri, Tanya and Melissa, greatgrandchildren, Lindsay, Buddy, Piper and Jordan, brother George Lindsay, and many nieces, nephews and friends too numerous to mention.

We encourage you to share your most beloved memories of William here, so that the family and other loved ones can always see it. You can upload cherished photographs, or share your favorite stories, and can even comment on those shared by others.

George, Michele and Family sent flowers to the family of William J. Lindsay.
Show you care by sending flowers

Posted Feb 13, 2019 at 04:59pm
I am very sorry to hear of your loss. Death is never easy for any of us. I am encouraged by the comfort that the scriptures give at Revelation 21:3,4 where it mentions that “death will be no more”.would you not agree that the one who gives life would have the ability to restore life if lost? Yes for at John 5:28,29 we read that “there is going to be a resurrection”. What a marvelous hope that is for all of us. I am hoping that these scriptures will give you encouragement and peace at this most difficult time.
Sincerely
Comment Share
Share via:
GF

Posted Feb 06, 2019 at 02:53pm
With deepest sympathy as you remember your father William J. Lindsay. Our thoughts and prayers are with you. 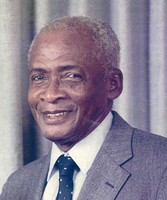