To share your memory on the wall of Callahj Henry, sign in using one of the following options:

Print
Callahj was born on August 22, 2001 in Boston, MA to Janine Henry and the late Calvin Lewis Langford. He returned to the Lord on August 4, 2019.

As a child, Callahj spent time with his family in the South End, Roxbury and Dorchester nei... Read More
Callahj was born on August 22, 2001 in Boston, MA to Janine Henry and the late Calvin Lewis Langford. He returned to the Lord on August 4, 2019.

Callahj loved reptiles, insects, and animals. He was such a great caretaker to his animals that he began to teach others as well as share information on the fine art of keeping pets. Franklin Park Zoo was a favorite place for him to visit. He enjoyed playing a variety of sports, including basketball in various communities.

Callahj was known for having a beautiful smile that would brighten up any room he entered. He was always the “man of the house” and took care of everyone, especially the younger kids who came to visit. Callahj was so loving and kindhearted, with a beautiful personality. When Callahj would enter the room, we were all filled with the joy of his presence and the goodness of his heart.

Callahj kept himself busy by involving himself in various community programs such as Big Business Program at the Lee School, Pop Warner Football, and the Architect Program sponsored by Wentworth Institute.

Callahj found humor in many situations, especially the stories of traveling with family members, whether by car or plane: Stories of road trips were hilarious.

Callahj had a strong work ethic, which was developed at an early age. He would help his neighborhood by doing odd jobs, such as, shoveling snow: as a way to earn a few dollars. He worked with his recently passed Uncle Brent F. Henry at the Julia F. Butler Youth Center, where he was a leader and mentor to his peers.

Callahj attended Boston Public Schools. He was always great with his hands and talked about a trade in carpentry and/or mechanics. He was inspired to pursue his abilities in dirt bike mechanics, hopefully becoming an expert in the field of mechanical engineering.

Callahj was always willing to help his family by completing various home projects such as painting, landscaping, and helping everyone with other tasks. He was very clever in figuring out how to solve problems.

Callahj had a beautiful, strong bond with his mother, Janine. He is now joined with his father, Calvin Lewis Langford and his beloved grandparents, Jean Dolores Langford and Clyde Edmonds.

Callahj was a loving and attentive brother to Logan Henry. He loved his grandmother, JoAnn “Taffy” Butler and his grandfather Blaine Henry Sr. He is mourned by a host of loved Aunts, Uncles, Cousins, and Friends.
Read Less

To send flowers to the family or plant a tree in memory of Callahj Jaden Henry, please visit our Heartfelt Sympathies Store.

We encourage you to share your most beloved memories of Callahj here, so that the family and other loved ones can always see it. You can upload cherished photographs, or share your favorite stories, and can even comment on those shared by others. 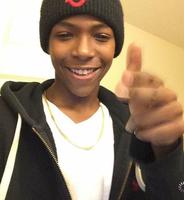 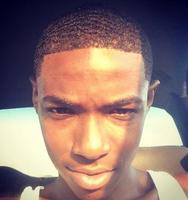