To share your memory on the wall of Luckner Dorneval, sign in using one of the following options:

Luckner relocated to Port-au-Prince with his Mom ... Read More
Luckner Dorneval was born on September 29, 1945 in Anse-A-Veau, Haiti to Castel Guersin and Mazelie Dorneval. Luckner was the second of five children: Edwidge, Tony, Viergelie and Carole.

Luckner relocated to Port-au-Prince with his Mom where he attended Ecole Naitionale Isidore Boisrond and was later trained as a mechanics. Luckner accepted Christ at an early age. He was a member of Eglise de Dieu en Christ in Port-au-Prince where he met his wife Josette. They were blessed with two children Michaelle and the late, Jean-Luc. Luckner and his wife left Haiti and after a brief stay in the French Guiana, they moved permanently to the United States where the whole family were later reunited in Boston, MA.

Luckner was very handy and a hard worker. He worked at Walter E. Fernald Developmental Center for many years; he also worked at Costco until his retirement. He was a devoted servant and he volunteered his time in different church ministries; he spent many years driving the church’s van.

Luckner was very independent. Friends and family members would often complain because he would not accept help from them. Unfortunately, in January 2019 a terrible accident changed the course of his life. Luckner’s health slowly declined until he took his last breath on November 1st 2019.

Luckner was preceded in death by his Mother Mazelie, his son Jean-Luc, his sisters Edwidge and Viergelie. He is survived by his daughter Michaelle and her mother Josette; Brother Tony, Sister Carole and her husband Fresnel; daughter-in-law Monique; son-in-law Emanus; 7 grandchildren, countless nephews, nieces, cousins and friends

Gone too soon, but will never be forgotten!
Read Less

To plant a memorial tree in honor of Luckner Dorneval, please visit our Heartfelt Sympathies Store.

We encourage you to share your most beloved memories of Luckner here, so that the family and other loved ones can always see it. You can upload cherished photographs, or share your favorite stories, and can even comment on those shared by others.

Plant a Tree in Memory of Luckner
Plant a tree 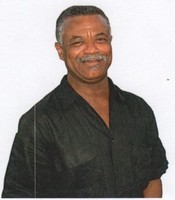