To share your memory on the wall of Anthony Young, sign in using one of the following options:

In 1979 he lost his mother at the age of 14 and it had a profound impact on him. He later became an Uncle and helped his family overcome the great lost. Anthony worked at various jobs throughout the years including the South End Community Health Center before he moved to Worcester, Massachusetts where he spent a great number of years.

He later met Joan and they lived happily together until his passing. While living in Worcester he secured a position working at a Car Wash as a Manager. Tony spent a lot of time with his great nieces and nephews in Worcester who referred to him as “Pop Pop.”

Tony enjoyed spending time with his family on holidays and he always had to take leftovers home. He never forgot to bring his own containers because he enjoyed his sister’s home cooking. He also enjoyed hanging out with his big brothers Kevin and Troy, whom he admired and respected. Troy and Tony were inseparable growing up, almost like they were twins. Although his siblings were scattered, he always came home to visit his family.

Tony always enjoyed the finer things in life. He loved to get dressed up. His style of dressing was to color coordinate from head to toe. He was sharp as a tack.

To send flowers to the family or plant a tree in memory of Anthony Young, please visit our Heartfelt Sympathies Store.

We encourage you to share your most beloved memories of Anthony here, so that the family and other loved ones can always see it. You can upload cherished photographs, or share your favorite stories, and can even comment on those shared by others. 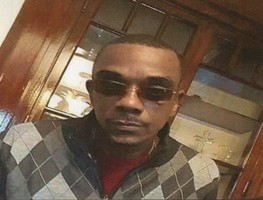