To share your memory on the wall of Ywai Engerman, sign in using one of the following options:

Ywai fell in love with the sport of cheerleading at an early age. She started out at the age of 6, cheerle... Read More
Ywai Elizabeth Engerman was born in Stoughton, Massachusetts on January 28, 1983 to Ywain (Sido) and Elizabeth (Bettie) Engerman.

Ywai fell in love with the sport of cheerleading at an early age. She started out at the age of 6, cheerleading for the Randolph Pop-Warner Blue Devils, where she eventually became a coach, coaching both of her younger sisters. Ywai attended Blue Hills Regional High School for one year and then transferred to Randolph High School, where she later graduated from in 2001. Ywai was a member of both Blue Hills and Randolph High’s cheerleading teams. Two of her fondest moments were being able to teach her younger sisters how to cheerlead and to follow in her footsteps.

Upon graduating high school, Ywai moved to Montgomery, AL to attend the Alabama State University, where she pursued a Bachelor’s Degree in Criminal Justice. Though Ywai did not graduate, she continued to pursue knowledge in criminal justice field. Throughout her time in Montgomery, Ywai continued to coach cheerleading, until she became pregnant with her first born, Edynn, who was born on August 21, 2014.

For the past 5 years, Ywai has worked at IKS Health, and worked her way up to Team Lead, which afforded her the opportunity to relocate to Dallas, TX. While in Texas, Ywai became pregnant and later gave birth to her second child, Dallas on Sunday November 22, 2019.

Ywai was an avid Boston sport fan, especially the New England Patriots. She was the embodiment of selflessness and always smiling. For her two sisters, she was their sound mind. She was dependable and loyal. She was not only that to others, but most importantly to her two daughters, who were literally the air she breathed. Ywai was a born leader. Ever since the day she was born, it was her way or no way.

Ywai is preceded in death by her 3 grandparents, Joseph Engerman, and William and Sarah Kimbrough, her 3 aunts Barbara, Patricia and Josetts, 3 uncles Willie, Jeffery and Croney and her best friend William Paul.

We encourage you to share your most beloved memories of Ywai here, so that the family and other loved ones can always see it. You can upload cherished photographs, or share your favorite stories, and can even comment on those shared by others.

Posted Dec 31, 2019 at 04:57pm
Although I am in morroco and can't send anything to the family physically I am deeply saddened by this and I figured I shared a few of my memories of Ywai she Very beautiful person who had very unique personality full of ambition and joy. Her smile was priceless. I send My condolences to her sisters, mother Ms. Bettie and all her loved ones. My heart goes out to you all. Wish you all the best. Hope this makes you all much stronger, as you are already a very strong, tough, group of women on that side. Truly sorry for your loss.
D. JONES Jr.
Comment Share
Share via:
B

Posted Dec 27, 2019 at 10:56pm
YWAI WAS BEAUTIFUL INSIDE & OUT...IT WAS A PLEASURE BEING AT ALABAMA STATE WITH HER. I SEND MY CONDOLENCES TO HER CHILDREN, PARENTS, SIBLINGS AND OTHER FAMILY/FRIENDS. I PRAY THAT THE LOVE, COMFORT AND SUPPORT FROM FAMILY AND FRIENDS HELP YOU ALL DURING THIS DIFFICULT TIME 🙏🏼❤ #MUCHLOVE
Comment Share
Share via: 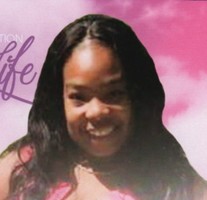 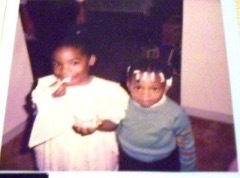