To share your memory on the wall of Ronald Greene, sign in using one of the following options:

Raised in Boston, Ronald attended the Boston Public Schools where he later enrolled at W.I.T. for Architectural Drafting and hated it (LOL).

So, Dad shift gears and joined the MBTA where he worked as a train conductor for ten years and eventually he retired. Ronald was a beloved husband to his late wife Gloria Greene and proud father to his eight children. Danier, Sirwarrior, Leon (Deceased), Ronald Jr. (Deceased), Tracy, Gloria, Diamond, and Dwayne.

Ronald exemplified his love for life and Family. He will be remembered for his love for others, faith in the lord, Sense of humor, and let’s not forget he was a fierce Chess player.
Read Less

We encourage you to share your most beloved memories of Ronald here, so that the family and other loved ones can always see it. You can upload cherished photographs, or share your favorite stories, and can even comment on those shared by others.

Posted Jan 29, 2020 at 11:35pm
He was always trying to help others. I remember him as a compassionate and caring brother. This memory will be with us always.
Richard Hunter Greene
Comment Share
Share via: 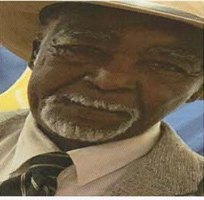