To share your memory on the wall of Sylvan Campbell, sign in using one of the following options:

Print
Sylvan L. Campbell of Newton, Mass died suddenly on June 3, 2020 at University of Massachu-setts Memorial Center in Worcester, Mass. Sylvan was born on October 8, 1931 in Boston to the late Vera Irene and Sylvanus T. Campbell.

Sylvan was... Read More
Sylvan L. Campbell of Newton, Mass died suddenly on June 3, 2020 at University of Massachu-setts Memorial Center in Worcester, Mass. Sylvan was born on October 8, 1931 in Boston to the late Vera Irene and Sylvanus T. Campbell.

Sylvan was raised in Boston and went through the Boston public school system. He graduated from Boston Latin School in 1949 and matriculated into Boston College. Upon graduation from Boston College, he served in the United States Navy for three years. Following a honorable discharge, he attended Howard University College of Medicine where he received a Doctor of Medicine degree in 1961.

He did his intern year in Philadelphia, PA where he met the love of his life, Alice Christian. He married her in April 1963, and they had their only child-a son(Steven)in November 1964. He and his family moved back to Boston in order for him to continue his residency in Obstetrics/ Gynecology.

He had a private practice for Ob/Gyn in Roxbury and Mattapan as well as being on staff at Beth Israel Deaconess Medical Center (formerly known as Beth Israel Hospital) for many years prior to retiring. He resided with his wife in Newton.

To send flowers to the family or plant a tree in memory of Sylvan L. Campbell, please visit our Heartfelt Sympathies Store.

We encourage you to share your most beloved memories of Sylvan here, so that the family and other loved ones can always see it. You can upload cherished photographs, or share your favorite stories, and can even comment on those shared by others.

Posted Jun 13, 2020 at 04:44pm
My remembrances of Sylvan are of how proud my father, Charles Evans Moore who was his Godfather, was of him. I remember Sylvan and Steven coming to our home every Christmas morning to bring his Godpa, as he called him, a Christmas gift. Sylvan and I were in touch via email for quite a while but then I lost his email address.

To Alice and Steven, I just learned this morning, Saturday, June 13 of Sylvan's passing or I most certainly would have attended the graveside service to represent the family. I know my father would of wanted me to.

I send my deepest and sincerest condolences to both of you and pray strength and comfort for the days ahead.

Posted Jun 12, 2020 at 11:37am
When I was a junior faculty member at the Beth Israel Dr. Campbell was a role model for his calm and wise demeanor (even in a crisis), his committment to patients and his respect for all team members. He cared for thousands of women who benefitted from his expertise and skills. I hope his memory is a blessing to his family
Comment Share
Share via:
DP

Posted Jun 09, 2020 at 06:28am
I treasured working w Dr Sylvan Campbell in labor and delivery at Beth Israel Hospital. He had a ready smile and chuckle as he cared for his patients who loved him. He was genuine, committed and soulful. And most importantly, he was kind to all. God bless him. He always spoke of his love of his wife and son. My deepest condolences.
Donna McAuliffe Pendoley
Comment Share
Share via:
RK

Posted Jun 08, 2020 at 04:43pm
I was so sorry to hear of Sylvan's passing. Golf will never be the same without him. Rich Klein
Comment Share
Share via: 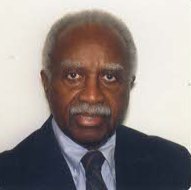