To share your memory on the wall of Jacqueline Desbonnes, sign in using one of the following options:

On November 15, 1957 in Basseterre, St. Kitts, the Lord Our God blessed Vernice Joseph and Neil Williams with a treasure, Jacqueline Williams, to take care of and guard for him. On July 13, 2020, the Lord our God came and collected his treasure.

Shortly after her birth, Jacqueline was brought to Portsmouth, Commonwealth of Dominica, where she considered her childhood home and where she received her primary school education. She was blessed to live in a happy home with eight of her siblings and was well-known as a bright and talented student in her classes. At the early age of 16, Jacqueline heard the calling of Jesus at a revival service organized by “Pastor Bell.” Upon returning home, she informed her mother that she had given up all worldly goods and would devote herself to do God’s work. From this early age and throughout the rest of her life, it was evident that there was an enlightenment of the Holy Spirit that poured God’s love into Jacqueline’s heart. This was illustrated by her charismatic, energetic, and bubbly view of life.

In 1977, Jacqueline migrated to the United States with her family. Once in the United States, she worked at the New Balance Athletic Company, then spent two years in the nursing school at Eastern Nazarene College. She soon realized that nursing was not her calling and remained absorbed in the Christian faith.

On July 21, 1984, Jacqueline married her childhood sweetheart, Roy Desbonnes. Their marriage realized an inevitable conjunction of two loving and faithful servants, as the two had remained inseparable since childhood. Upon marriage, Jacqueline returned with her husband to the Commonwealth of Dominica, where they operated a hardware convenient store, Faith Enterprise, and continued in their ministry of the gospel at the Cottage Pentecostal Church.

As true believers, driven by the call of the Holy Spirit to continue the building of God’s Kingdom, Jackie and Roy returned to the United States to attend the Christ for the Nations Institute in 1987. At this Institute, Jacqueline became ordained Pastor alongside her husband. The couple then resided in Texas for many years where they worked at the Christ for the Nations bookstore.

Sister Jackie and her husband moved back to Boston, Massachusetts in 1998, where a large portion of her family lived. It was in Boston that they opened the doors of Faith International Ministries, an interdenominational, charismatic church and the Ebenezer Bookstore, where they sold Christian literature and religious items. As the Co-Pastor and First Lady of Faith International Ministries, Jacqueline led the Women’s and Family Ministry and organized countless church events, banquets, choirs, bible schools and community church events. The saying “do what you love, and you’ll never work a day in your life” is particularly fitting to describe Jacqueline’s life because she was a true warrior, messenger, and servant of God’s work. She enjoyed hard work, preaching, and educating others about God’s mercy and grace. Through Faith International Ministries and the Ebenezer Bookstore, she was able to do what she loved, building God’s Kingdom, alongside her beloved husband.

Jacqueline was a champion of spreading kindness and love. Nothing pleased her more than spending time with her many siblings, nieces, nephews, aunts, uncles, cousins, church family and friends. She was a truly reliable soul. She readily assisted all those who sought her help, be it her immediate family or her church family, and, without prejudice, those whom she barely knew. Jacqueline had no biological children, but she was blessed to have mothered so many, as though they were her own. She opened her home to several children from the foster care system, demonstrating love and faith throughout her journey. As a disciplined Servant of the Lord, Jacqueline was able to plant seeds in a countless number of children who would later bloom into adult disciples of God.

Sister Jacqueline was not only known for being an obedient child of the lord with deep knowledge of the word, but also for her sharp sense of wardrobe style. Her bright colors and beautiful dresses, always accompanied by her amazing smile, wit and humbling nature, brightened one’s day when she walked into a room, especially when she was wearing her “Sunday Best”.

Most of us present in this service, both physically and virtually, can testify that Sister Jackie had a special glow when she spoke about God and the wonders of his love. Second only to God was the love of her life, whom she often called “Pastor Roy”, “Brother Roy”, “Roy,” “Bobby”, and most lovingly “Bobbylops”. Besides her maker, we all know that “Pastor Roy” lightened her eyes, her heart, and her soul. Many of us cannot even think of a single moment when we saw one without the other. Jacqueline had no regrets in her life. Any disappointment was overshadowed by the fact that she had a fulfilling life of love, excitement, and commitment to her precious Lord alongside her loving husband who was her best friend, her business partner, as well as her partner in Christ. She was blessed and highly favored to have been loved and to have loved.

Knowing Sister Jackie, she would say to her friends and family assembled here and virtually today: “I understand that you will shed a tear for the loss of my earthly body and the memories that we shared, but celebrate my life for ‘I am convinced that nothing can ever separate us from God’s love. Neither death nor life, neither angels nor demons, neither our fears for today nor our worries about tomorrow–not even the powers of hell can separate us from God’s love. No power in the sky above or in the earth below–indeed, nothing in all creation will ever be able to separate us from the love of God that is revealed in Christ Jesus our Lord’,” (Romans 8:38-39). She will truly be missed by all who knew her in this lifetime.

Jackie, bask in the sunlight of the Holy Spirit, for we know you’ve served Him well.


Please wear mask at all times in church/Funeral Home
Practice social distancing
Limit contact with family
Please leave the church/Funeral Home after paying your respects to allow other to enter.
We ask that you please be conscious of the capacity limit that has been set forth.
We are all in this together.
Read Less

To send flowers to the family or plant a tree in memory of Jacqueline M. Desbonnes, please visit our Heartfelt Sympathies Store.

We encourage you to share your most beloved memories of Jacqueline here, so that the family and other loved ones can always see it. You can upload cherished photographs, or share your favorite stories, and can even comment on those shared by others.

Guaranteed hand delivery by a local florist
A

Posted Aug 03, 2020 at 11:28pm
So sorry for your loss. I met Pastor Jackie many years ago. She was always kind and full of life.
Comment Share
Share via: 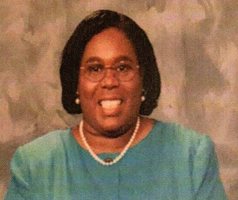