To share your memory on the wall of Courtney Evans, sign in using one of the following options:

Courtney also known as Reggie attended the Maurice J. Tobin school in Roxbury and after graduation attended Reading High School and was a star basketball player. Courtney worked part time on weekends at Children’s Hospital while pursing a trade in sheet metaling at his Vocational School. He decided to leave sheet metaling and pursued a career in cooking. He graduated from Johnson & Wales College where he received his degree in Culinary Arts. At which time, Courtney received an internship at Harvard University where he worked meticulously and was well liked. In turn he was hired as a full-time Chef.

Courtney worked for Harvard University for 32 years, where he had hoped to retire.
Courtney enjoyed music, sports, horse racing, playing dominos and time with his family. He was well liked by everyone with his affectionate smile, humor and cooking.


Please wear mask at all times in church/Funeral Home
Practice social distancing
Limit contact with family
Please leave the church/Funeral Home after paying your respects to allow other to enter.
We ask that you please be conscious of the capacity limit that has been set forth.
We are all in this together.
Read Less

To send flowers to the family or plant a tree in memory of Courtney L. Evans, please visit our Heartfelt Sympathies Store.

We encourage you to share your most beloved memories of Courtney here, so that the family and other loved ones can always see it. You can upload cherished photographs, or share your favorite stories, and can even comment on those shared by others. 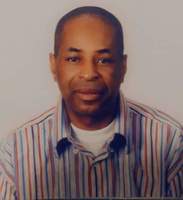